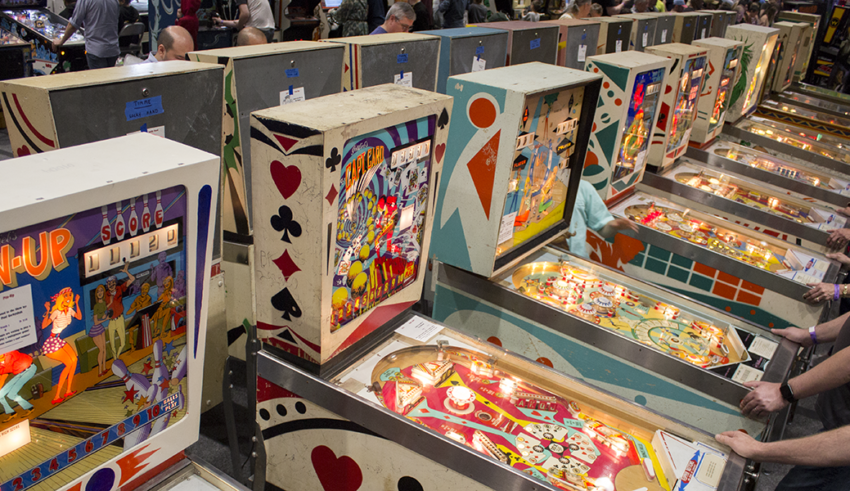 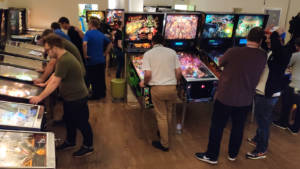 The UK’s two premier tournaments will be held on Friday 19th, Saturday 20th & Sunday 21st July, 2019 at the country’s largest pinball club, Flip Out London in Croydon. Not only that, we are arranging two additional days of tournaments on the Wednesday and Thursday to produce a full five days of competitive pinball in the UK’s capital.

– The first tournament will be held at Chief Coffee in Chiswick on Wednesday 17th July.

The fun starts at Flip Out London on Thursday 18th July, where tyou will find around fifty pinballs.

– Then on Thursday 18th July Flip Out London will host a tournament run by London Pinball which will run alongside the regular weekly Flip Out London League for a busy night of pinball fun.
– Friday 19th July is the start of qualifying for the UK Pinball Open – the IFPA European Championship Series qualifying tournament – and the UK Pinball Classic. Qualifying will be in groups, with the first groups playing Friday evening.
– The majority of the groups will play their qualifying in both tournaments on Saturday 20th July, after which the full list of qualifiers will be announced.

– Those qualifiers will then compete in the play-offs on Sunday 21st July, while an additional tournament will be run at Flip Out London for those who didn’t qualify or choose not to take part in the play-offs.

There will be trophies for all tournaments, with cash prizes for the top players in the UK Pinball Open and Classic. The exact cash prizes depend on player numbers, but last year we gave away more than £1,300 (€1,520/$1,730) and paid out down to 16th places in both tournaments, so there’s plenty to play for.

Saturday 14th December, 11:30-19:00
Festive Classics tournament – £10 per person; £6 for children under 16.
Format: Head-to-head play; Five Strike Knockout on the classic games.
Note: There will be no practice on machines in the Classic tournaments but you are free to practice on any other machines.
Registration 11:30 am for 12 noon start.

Note: Social visits are welcome but no classic play possible on Saturday during the tournament and you may be asked to vacate a machine on Sunday if tournament players require it. Social visit cost is £10 per person, £6 for children under 16.

Please email peter@specialwhenlit.co.uk to confirm you place. State which day or both days.