Almost five years since first announcing his plans to set up a pinball manufacturing business, Andrew Heighway is to stand down from leadership of the company he established. 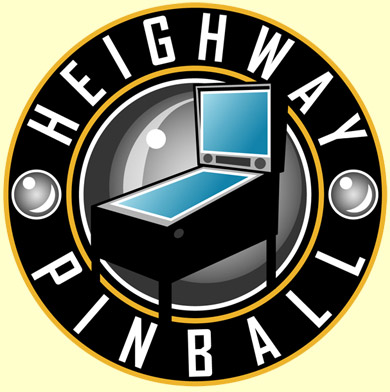 Heighway Pinball was an established business operating and trading pinball machines before Andrew took the decision to tackle the lack of choice for operators looking for an attractive, affordable and full-featured game to place on location. 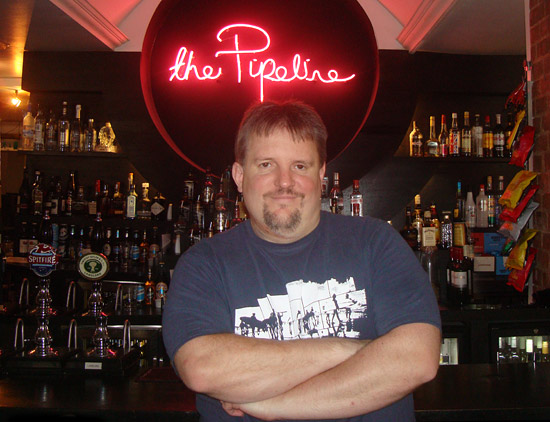 Andrew Heighway when he announced his plans

Pinball News broke the news in July 2012 of his plans to set up a pinball manufacturing business, but as with Magic Girl and Capt. Nemo, five years seems to be the make-or-break point for new pinball ventures. 2017 saw all the Capt. Nemo machines delivered and some semblance of a Magic Girl manufactured and made available to original buyers. Five years is also the point where Heighway Pinball sees a change of leadership.

In those five years, Andrew built up a manufacturing facility in Merthyr Tydfill in South Wales and built the 250 Bacardi Baffle Ball games to a very tight timescale. 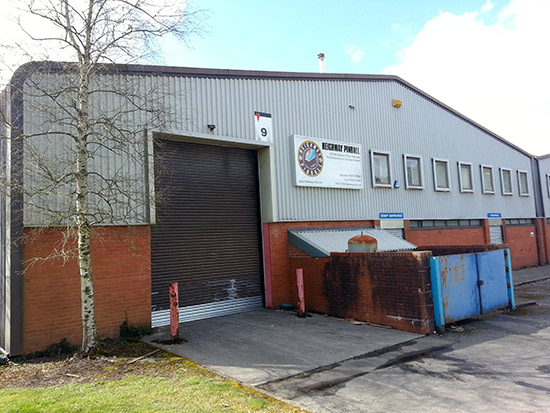 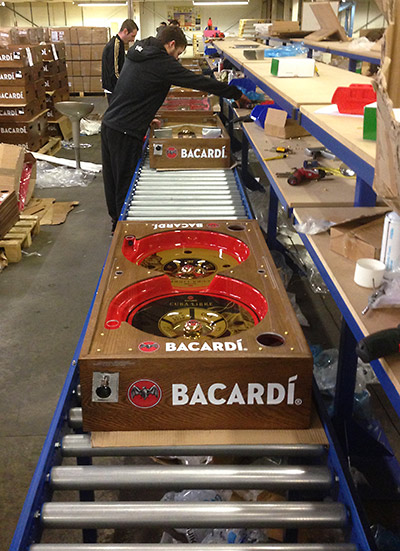 He also announced the Circe’s Animal House game, re-themed it to Full Throttle after taking on board potential buyers’ feedback, and built the game – the first production pinball with both a playfield and backbox LCD. 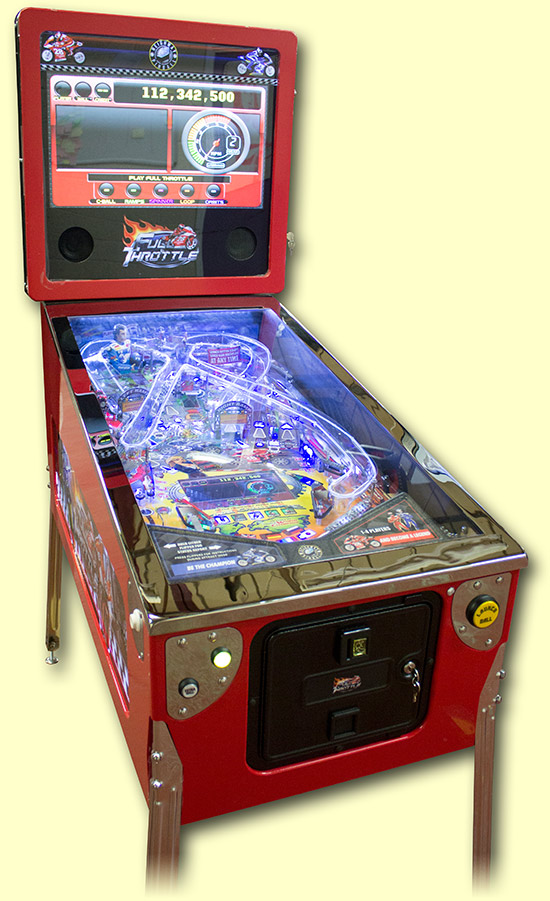 From the start, the focus was on keeping manufacturing costs low. Development grants and other commercial assistance allowed Heighway Pinball to set up and kit out the factory using a mix of manufacturing kit bought at auctions and ex-demonstration devices. 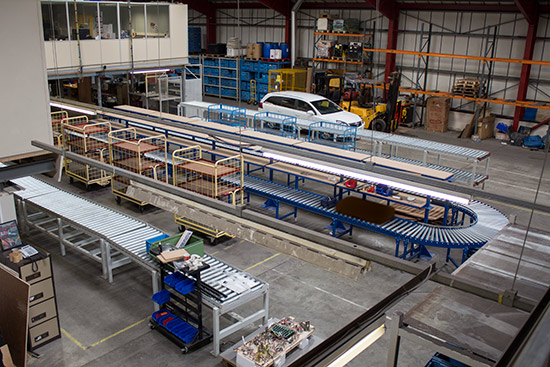 Pretty soon the company outgrew its original premises and moved across the street to a pair of units which, while providing much more space, ultimately proved too large and costly.

In a quest for a manufacturing home which was large enough but not too large, had more modern facilities and provided an attractive relocation package, the company moved from Merthyr Tydfil to its current home on an industrial estate in Ebbw Vale. 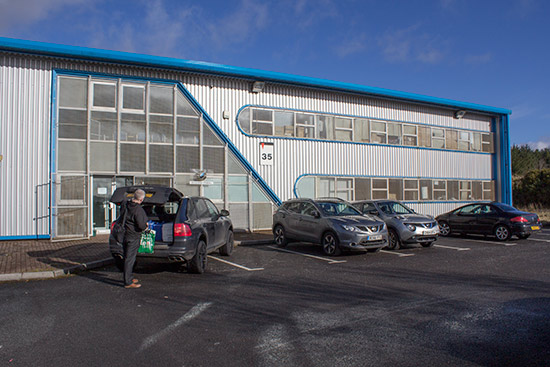 While Full Throttle was highly-regarded by those who bought or played it, sales were modest. What really excited buyers was the company’s second full title and their first licensed theme, Alien Pinball.

However, pinball manufacturing – especially in the early years – need to be a lean business. With minimal income from sales of the initial title, much of the development and building – both of the company and the machines – for the second and future titles needs to be done on a shoestring, helped along by favours and promises.

But that goodwill and the assorted start-up discounts can only go so far, and so in order to keep the business running, paying wages and paying suppliers for parts, a number of investors were brought in. Five major investors and several smaller ones provided financing to Heighway Pinball, following Andrew to pinball shows in Europe and the US to see how the company and its products were received.

All the investors were owners of other companies with a love of pinball who saw, in Heighway Pinball, the opportunity to help the company and the market grow by producing high-quality full-featured games of a kind not currently available.

However, despite the number of investors with a stake in the business, the running of the company stayed with Andrew.

We’ve covered why ‘Making Pinball is Hard‘ before, but besides being hard it is also costly. Delays in receiving parts of an acceptable quality, asset clearance from licensors and training staff all lead to increased costs, and with minimal sales of existing products, manufacturers can be excused for relying on pre-order money to finance ongoing development.

When extended delays means all that pre-order money is used up, there nothing left in the bank to buy the parts needed to actually build the games. Without those up-front funds, parts have to be bought in small quantities, and buying parts by the dozen costs significantly more per unit than buying them by the thousand, pushing up costs further.

The frustration of being unable to produce the game wanted in the quantities needed also leads to increased stress taking its toll throughout the business, and especially on the guy in charge.

It’s a downward spiral which can only really be escaped with another large injection of capital to build the games on a grander scale at reduced cost, and bring in many more sales.

There’s no doubt Alien Pinball is an excellent game, with an appealing layout, art, sounds and display effects, with the potential to sell by the thousand, if only they could be built by the thousand. 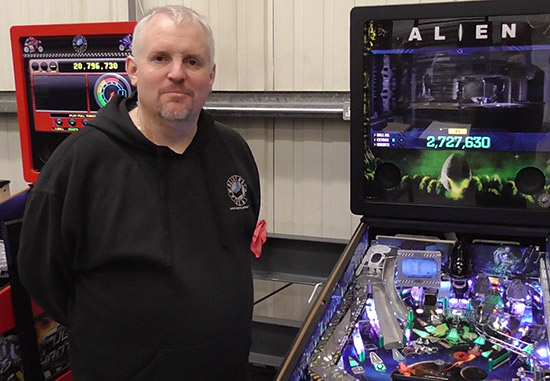 The investors can see that potential and have agreed to make another sizeable injection of capital into the company. The big caveat, though, is that they want to use their combined business skills to run the company their way, not Andrew’s way.

Pinball News has spoken to some of the major investors in Heighway Pinball and it is clear they see a bright future for the company, but believe it needs a kick-start with new management at the helm to push production forward, resolve outstanding issues with the games, rebuild relationships with suppliers and distributors, and deliver games at a much-increased rate.

So, Andrew has agreed to stand down from running the business which bears his name and which he founded back in 2012. While exact terms are still being ironed-out and he may do some consultancy work for the firm, the major investors have been working together use their combined business experience and skills to push Heighway Pinball forward.

Looking ahead, the future of Alien Pinball and the next few titles in the Heighway Pinball pipeline look far more assured. In the short term one of the major investors is likely to spearhead the changes, but the search is on for a new leader to push ahead with product development, promote the company and its products, and be the public face of Heighway Pinball.

For pre-orderers of Alien Pinball and anyone looking to buy one the message is clear – expect some rapid movement over next few weeks to ramp up production and deliver fully-functioning games. Parts orders are going in now, existing bottlenecks are being overcome, and there is a concerted effort to not just throw more money into the company, but utilise all available skills to accelerate the company’s growth.

Meanwhile, the company continues without the man whose passion for pinball was the driving force behind the establishment of Heighway Pinball as a manufacturer and who put his heart and soul into creating hugely playable games which could bring operators back to a game they may have previously written-off.

Just under two weeks after we published the report above, Andrew made this posting to Facebook.