We have reported on a number of pinball exhibitions in the past, but a new one has recent opened at the Chabot Space & Science Center in Northern California. Scott Horton tells us about it.

The science, engineering, design, whimsy and style covering nearly 200 years of the evolution of pinball will be featured in a new exhibition through September 24, 2017 at Chabot Space & Science Center in Oakland, CA. 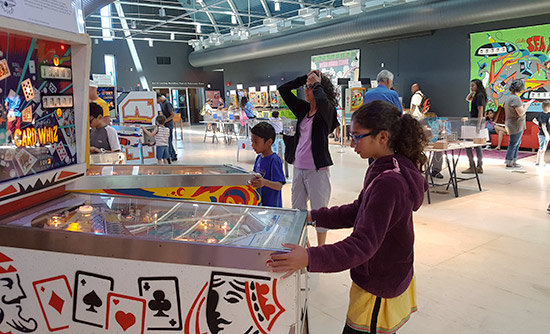 The Art & Science of Pinball Exhibition

Co-curated by Michael Schiess and Melissa Harmon of the Pacific Pinball Museum in Alameda, The Art and Science of Pinball careens from bagatelle boards to the sophisticated contemporary machines.

Thirty-five pinball machines – the public can play all but two of them – are featured, from Parlor Bagatelle and Surf Queens, early flipperless games, all the way to the Hobbit from 2016. In addition, two see-through machine, models and diagrams that de-mystify and explain how the machines work and a full complement of public activities and programs will be presented through the exhibition run. 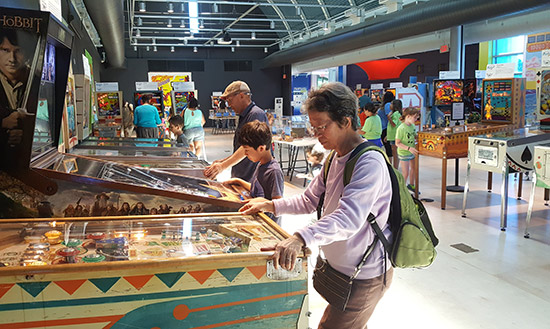 Thirty-three pinballs at the exhibition are available to play

During the exhibition, Chabot Space & Science Center will be energized with the sounds of bells, buzzers and bumpers as pinball machines old and new fill the space and the public can enjoy an adrenaline rush learning about science in a completely new, interactive way. Pinball’s compelling mix of skill and chance together with increasingly ingenious and complex designs, engineering, science and art have made it enduringly popular for two centuries. 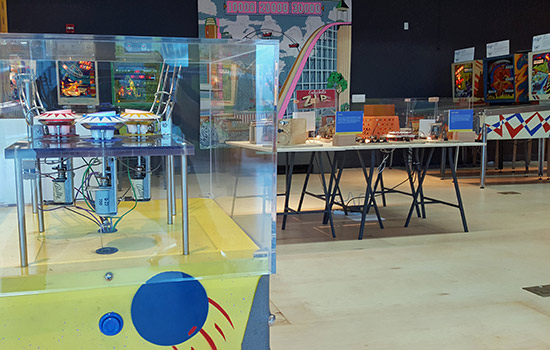 Some of the exhibits demonstrating the science of pinball

The Art and Science of Pinball unpacks the historical roots and the science and art behind the gravity-defying game using a selection of machines the public can actually play and learn about. 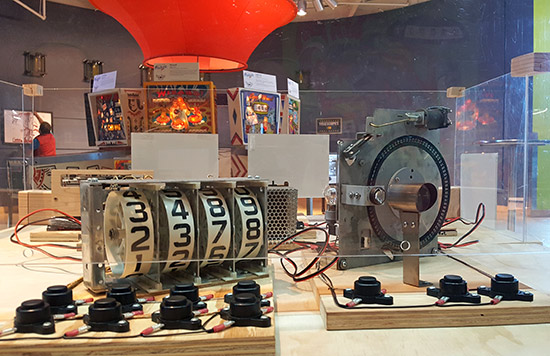 “Pinball is an amazing American art form, interactive kinetic art that is pay to play,” says exhibition co-curator Michael Schiess. “Its aesthetics are rooted in attraction and distraction as an attempt to remove coins from the pockets of what started out as a predominately male audience.  At first, the bright colors, flashing lights, bells, chimes and wild action of the ball zipping around the playfield brings an excitement to the player. Slowly, you realize the thing that enticed you to put a coin in and try your skill and luck is designed to distract and impede your abilities. But it does it in such a fun, entertaining way you don’t even care.” 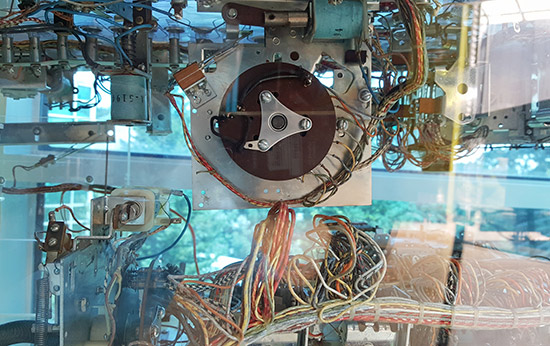 Seeing how the game functions with the Visible Pinball

Co-curator Melissa Harmon adds, “The Art and Science of Pinball tells stories on many levels.   Visitors view the fun and fantasy shown in the art, leading them to think creatively about the social situations at the time the machine was made.  They have a scientific vision of how pinball mechanisms evolved from pins in a board, and complexity grew over the last century. Then the visitor becomes a player and makes his or her own flashy combinations of silver ball magic!  The Chabot Space and Science Center is a great place for this exhibit, extending people’s imaginations from gaming into the final frontier, outer space.” 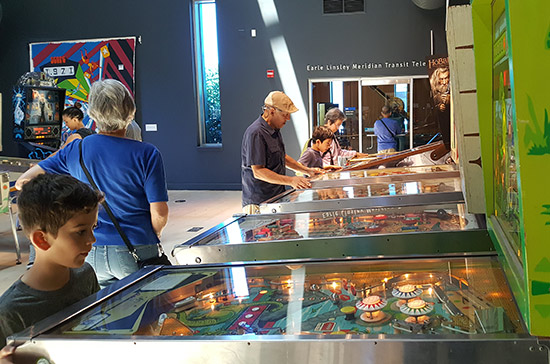 The exhibition runs until September 24th

For information on the The Art and Science of Pinball exhibition visit www.chabotspace.org.

The gaming world once again has an appointment at Rimini Expo Centre for the trade’s reference expo, ENADA PRIMAVERA from 17th to 19th March, 2021, for its 33rd edition, the most important expo for southern …
View Calendar
Add