The fact that Steve Ritchie’s next game would be Star Wars had been pretty well-known
for several months, but an official announcement wasn’t expected until June 4th, 2017.

Today though (May 31st), The Star Wars Show let the cat out of the bag with details and pictures of the new game.

As expected, there are the usual three variants – Pro, Premium and Limited Edition, with different art packages for all three. The Pro shows all the characters, while the Premium focuses on the Empire’s forces, and the LE features the rebels. 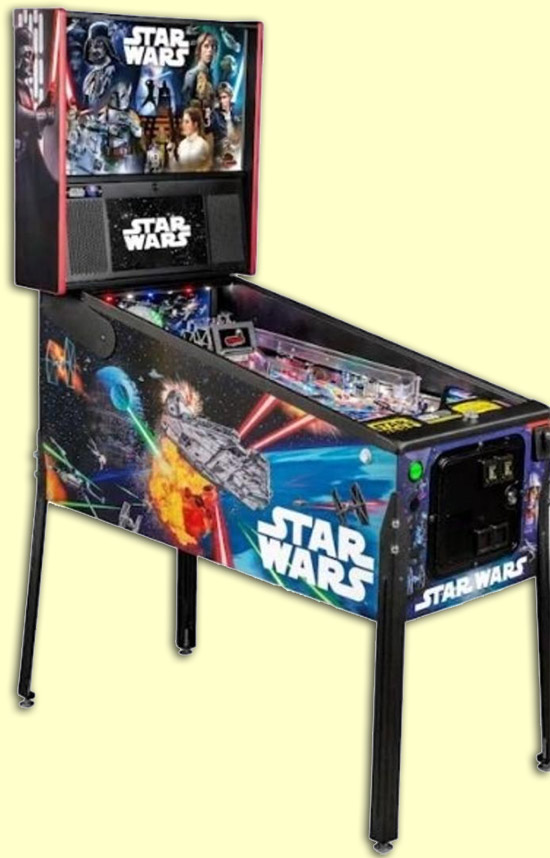 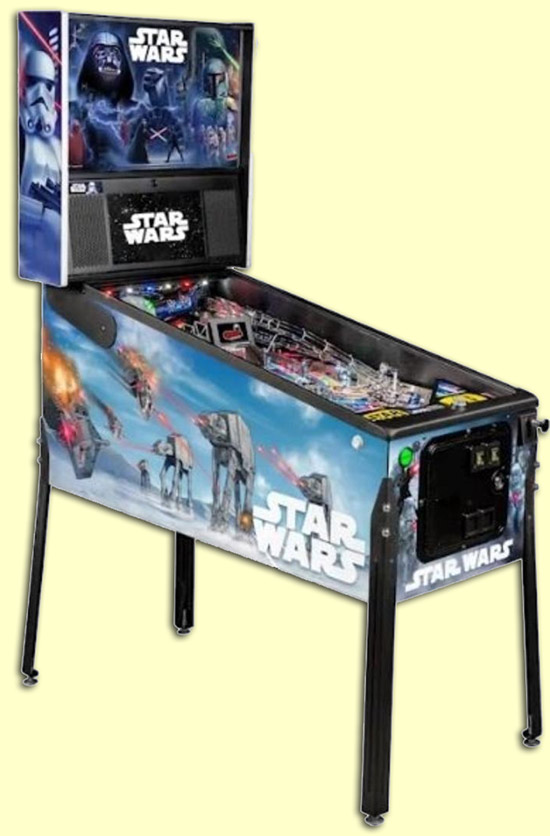 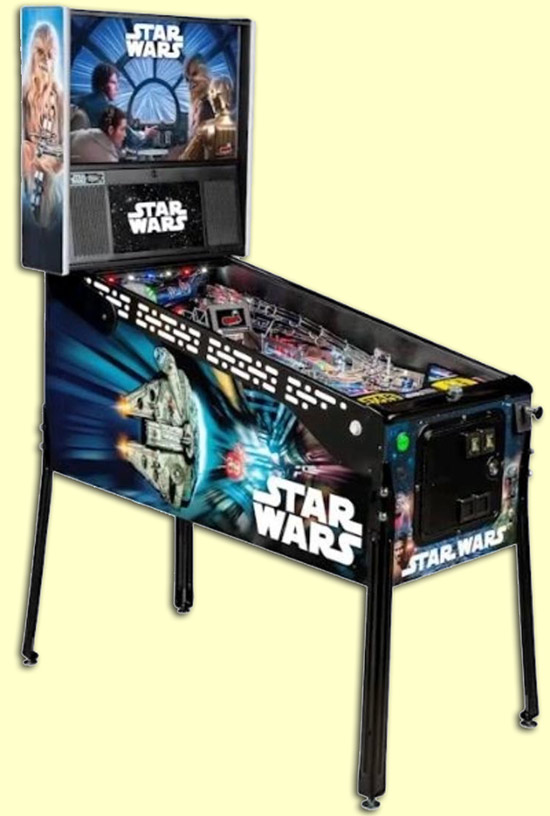 Onto the playfield, and the Pro is lacking a number of features found on the higher models. Here’s the full-featured Premium/LE playfield. 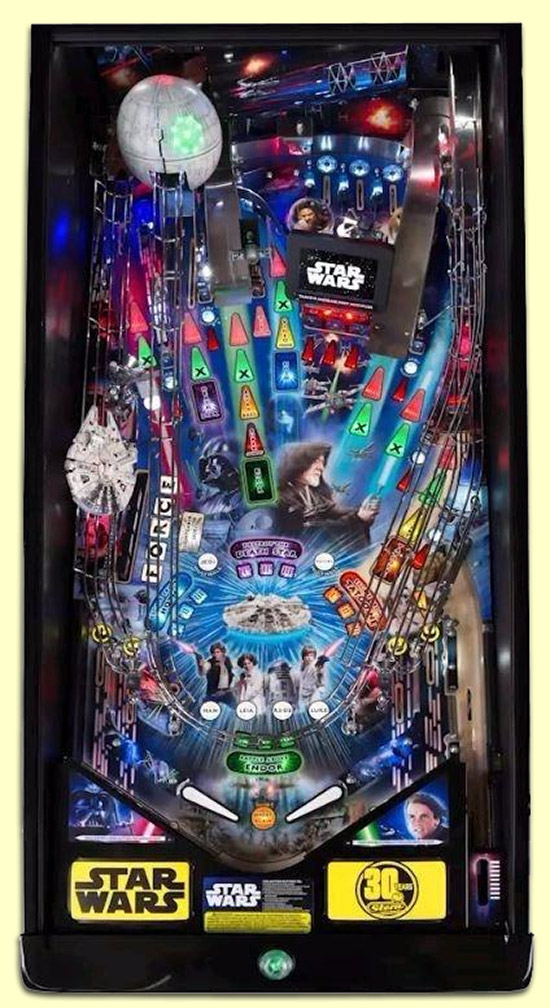 Balls are locked in the Death Star which breaks open to release them for multiball. A wireform loops around in front of the flippers to provide some additional entertainment when balls are locked or released, while the ball is initially plunged across the playfield at the F-O-R-C-E targets. 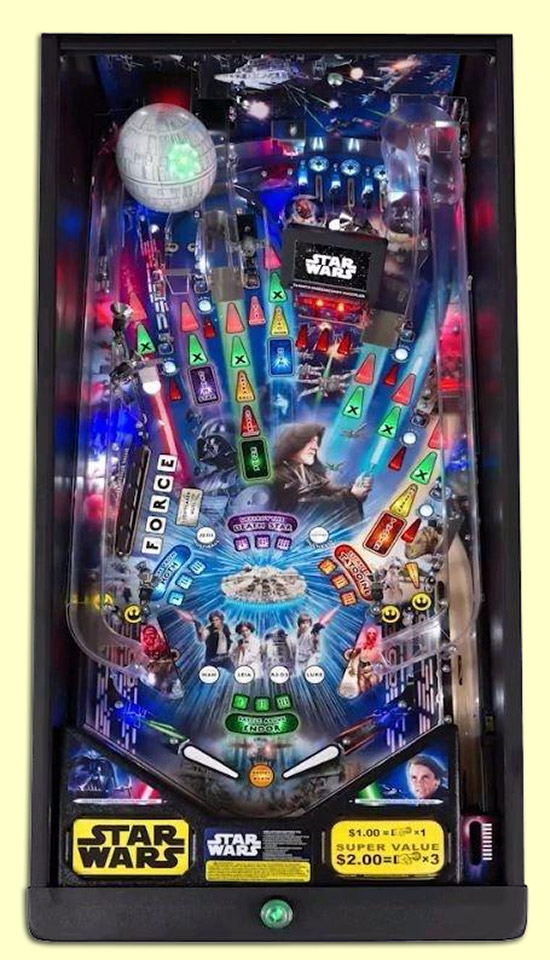 The Death Star here appears to be a static toy, with plastic instead of metal ramps, no upper level to the right ramp, no loop-around wireform and no Millennium Falcon toy. The playfield art is very similar though, and all models feature a miniature LCD screen above the Tie-Fighter target bank and back panel artwork.

Stern Pinball will no doubt produce an official press release over the next day or so to bring us full details and prices, and Pinball News will bring you all that information just as soon as it’s available.