The State of Hawaii is the 50th state admitted to the United States, and is composed of hundreds of islands with a grouping of eight main islands. Of the main islands, O’ahu is the most populous by far having just short of one million population within 596.7 sq. miles.

O’ahu is the location of several US military bases including the Joint Base Pearl Harbor-Hickam and Schofield Barracks Army installation.

O’ahu’s north shore boasts many dazzling beaches, and is considered to be the surfing Mecca of the world. The north shore ‘country’ features the famous ‘Banzai Pipeline’ which is the location of the annual Billabong Pipeline Masters competition. The north shore is the home of the 2016 World Surf League (WSL) champion John John Florence. John John was the youngest surfer so far to compete in the Vans Triple Crown of Surfing at age 13. There are a number of tributes to his accomplishments both formally and in the form of graffiti found along the Kamehameha Highway in and around
Haleiwa. 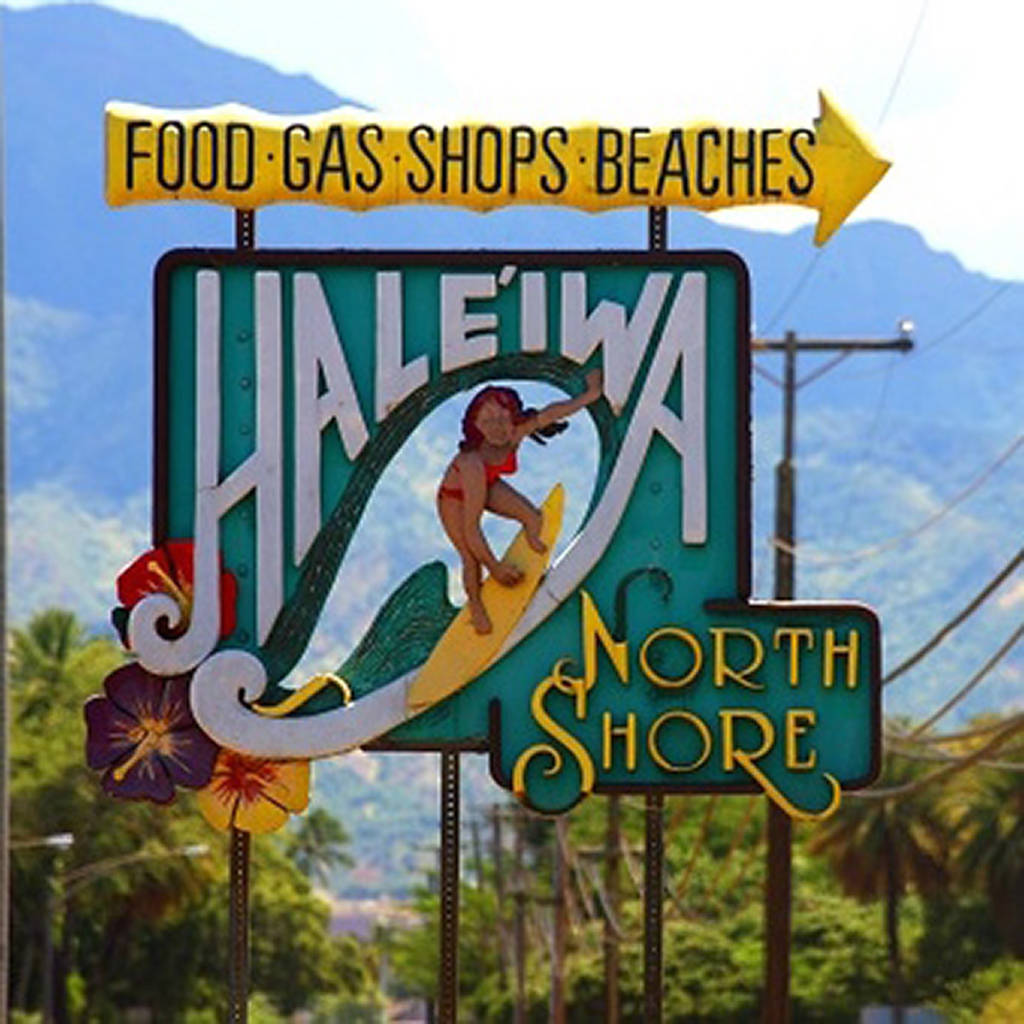 In years past, O’ahu’s north shore was also home to extensive sugar cane and pineapple farming and processing. Sugar cane production ended in the late 1960‘s but the first Dole pineapple plantation and processing plant founded in 1851 still operates in Wahiawa. A small portion of the Dole plantation is now a tourist attraction and offers visitors tours by train and samplings of the sweet and silky ‘Dole Whip’ frozen pineapple treat.

Nearby Waialua was the former location of Hawaii’s largest sugar cane mill; a small portion of the old mill stands today but most of it has been demolished. During the peak of sugar production, workers were brought in from China, Portugal, Japan, Korea, Puerto Rico, the Philippines and other areas. When Hawaiian sugar production was ended, the majority of these workers remained and this has caused O’ahu’s north shore to have a diverse ethnic population.

It could be argued that pizza is one of the foods that seem to appeal to all ethnicities. A new north shore restaurant, ‘Jerry’s Pizza Mill’, has opened in Waialua near the former sugar processing plant to satisfy the pizza cravings of the locals (and tourists).

As you might expect, Jerry’s offers a large menu of the classic pizza styles, and proudly offers a unique Waialua pizza which is topped with pepperoni, sausage, mushroom, olive, tomato and garlic. Also on the bill-of-fare is an Arugula pizza with fresh arugula and sun-dried tomatoes for a healthy alternative. Of course you can still order the Hawaiian style tropical pizza generously topped with pineapple and ham.

Jerry’s have ‘dessert pizzas’; banana and cinnamon or strawberry and chocolate versions are available.

All of the games are in good to excellent condition with no defects found during our play. I felt that the games were set a bit ‘easy’ with quite achievable free game and match thresholds.

Along with the pinball games there is a driving game, a claw machine and something called ‘throw to win’ (?) that I couldn’t quite figure out, available in the game room.

We enjoyed our visit to Jerry’s with the kids and grandkids – we hope if you are visiting O’ahu that you will give Jerry’s a try also.

Note: These are the rescheduled dates from April 25th-27th due to Coronavirus. We are showcasing Pinball Machines, Arcade games, coin-ops and all the cool things you need to complete your gameroom including neon signs, gas …
Oct
9
Fri
2020
all-day CANCELLED – Pin-a-Go-Go @ Dixon Fairgrounds
CANCELLED – Pin-a-Go-Go @ Dixon Fairgrounds
Oct 9 – Oct 11 all-day